Maternal-Fetal Medicine Is Not Only for High-Risk Pregnancies

During pregnancy, certain “standard issue” milestones can be anticipated, such as bouts with morning sickness, added fatigue, and the 20-week ultrasound scan. For Celeste Sheppard, MD, FACOG, a maternal-fetal medicine specialist in Women’s Health, a clinical partnership between Ascension Seton and UT Health Austin, it’s important for pregnant women to understand they have choices in the care they and their babies receive.

“Many women may think that maternal-fetal medicine is only for high-risk pregnancies and that they should only visit us if they’ve been referred specifically to assess potential problems,” shares Dr. Sheppard. “But we are also experts in routine pregnancy ultrasounds, and we are focused on delivering the best quality of care for every family.”

Dr. Sheppard, who is also part of the Comprehensive Fetal Care Center, a clinical partnership between Dell Children’s Medical Center and UT Health Austin, explains that a pregnancy does not have to come with complications or be considered “high risk” in order for a mom-to-be to receive an ultrasound examination from a maternal-fetal medicine specialist. “We can tell an enormous amount of information about the developing fetus and can identify fetuses who are at increased risk for certain problems,” says Dr. Sheppard. “Probably equally as important is that we can identify fetuses that are healthy and developing normally. This can help expectant mothers feel confident, knowing that they’ve had a very detailed exam and everything looks exactly the way it’s supposed to. And that’s very reassuring.”

A major ultrasound examination, often referred to as the anatomy scan, typically occurs at around 20 weeks of gestation. This is generally the visit during which the expectant mother and family learn the sex of the fetus (if desired) and may be shown spectacular 3D images of the gestating baby.

“Many people have a sense that fetal ultrasound examinations are mostly for finding out the sex of the baby,” says Dr. Sheppard. “I think many people would be surprised to know that determining the sex of the fetus is considered an optional component of the exam. It can be important for the family, obviously, but from our point of view, we want to make sure the baby is growing normally. That the brain is developing, that the heart is developing, that internal organs are actually internal, and so forth. We love giving them pictures of the face and the hands, but that’s really just a small part of what they’re here for that day.”

At 20 weeks of gestation, a fetus weighs a little less than a pound and can fit in the palm of a hand. With current ultrasound imaging technology, fine details of fetal anatomy and function are clear even at this tiny size. During the 20-week examination, the lenses in the eyes, minuscule parts of the brain, and internal structures of the baby’s heart are all measured and assessed.

“We very routinely measure the bones of the head,” explains Dr. Sheppard. “We measure around the head. We measure the abdomen and the legs. We look at a number of features of the brain, the face, the chest, the heart, and all the internal organs to make sure they’re where they should be. We also, at times, look at the umbilical cord and the placenta and examine the blood flow there. Sometimes, I feel like we can practically see what the baby is thinking, we can see so much detail.”

With this level of detail comes opportunities for specialized sonographers to detect, assess, and diagnose problems with the growing fetus. A large majority of pregnancies proceed without complication, but various birth defects are present in approximately three percent of all live births in the United States, which amounts to 1 in every 33 babies. Among the most common of these (and some of the least life-threatening) are facial issues, such as cleft lip and/or cleft palate, and limb problems, such as clubfoot. While these types of defects are relatively common and most are treatable without major intervention, the stress and worry experienced by expectant parents when hearing the news that their baby is somehow abnormal can be difficult to navigate.

“It’s really helpful for parents, I think, to see what that fetus looks like. Because, to tell you the truth, a lot of times seeing it is much less scary than what they might imagine,” shares Dr. Sheppard. “Parents begin to realize, ‘Okay, the baby’s going to have this unusual feature, and we can deal with that.’ That’s very often their response once they see exactly what it looks like.”

Of greater concern, of course, are those fetal defects that are more life-threatening. Slightly less than one percent of babies, approximately 9 in 1,000 live births, are born with a defect in the heart, and nearly one-third of those are serious issues that need surgery or require immediate treatment.

Dr. Sheppard has a passion for improving the prenatal detection of congenital heart disease, an area in which most sonography practices lag behind. “Although women get a lot of ultrasound exams during pregnancy, we’re really only detecting 20 or 30 percent, maybe 40 percent, of these major cardiac malformations,” explains Dr. Sheppard. “And the reason that’s important is that those babies do better if we know about the diagnosis ahead of time, before they’re born. While we look at the whole baby, our program strives to produce the highest quality of cardiac screening. Prenatal detection of congenital heart disease really makes a difference in these kids’ lives.”

Though the 20-week ultrasound scan is recommended for the vast majority of pregnancies, Dr. Sheppard points out that earlier ultrasound assessments are becoming more popular and more effective for detecting major birth defects. “Until recently, the 20-week exam was considered the only and best time to screen for birth defects,” says Dr. Sheppard. “However, in recent years, we have developed expertise in assessing for major birth defects as early as 12 or 13 weeks. We encourage women to ask their obstetrician if a first-trimester scan is appropriate for them.”

Fetal ultrasound scans use high-frequency sound waves well beyond what humans can hear to create images of a fetus inside the mother’s uterus. During an examination, a sonographer uses a handheld device known as a transducer to transmit sound waves into the body, where they reflect off tissues and structures in both the mother and fetus. Differences in how these reflections occur and move allow the ultrasound machine’s computer to compile detailed images of what’s inside the body.

In contrast to X-rays, ultrasound machines do not use any sort of ionizing radiation to penetrate the body’s tissues. This makes them safer and more convenient to use. “There’s some misinformation and misunderstanding out there about supposed dangers of ultrasound,” explains Dr. Sheppard. “In a laboratory setting, it is possible to focus a beam of ultrasound waves on a tissue target, and with very high energy levels, you can raise the temperature of that little piece of tissue and even cause disruptions in that tissue.”

In an everyday clinical setting, however, power levels in ultrasound machines never approach that danger zone. Sonographers follow the “ALARA” principle, meaning “as low as reasonably allowable.” In other words, sonographers use the lowest machine settings possible that will still produce the quality of imaging they need.

“If we look at something and determine we need to raise the power to see a bit more clearly, we do that deliberately and for just as long as it takes to capture the image. Then, we go back to the lower settings,” says Dr. Sheppard. “In practice, we use very careful guidelines, and in the 40 years that ultrasounds have been very widely used, we’ve never seen an ill effect from it.”

The Best for Your Baby

Fetal ultrasound exams are safe, and the specialized practices of sonographers working in maternal-fetal medicine can be used to detect and diagnose a growing array of fetal issues. These practices and expert techniques are not only reserved for those mothers who need to address potential problems.

“Coming to see us is truly a way to ensure you are receiving the best care for your baby,” shares Dr. Sheppard. “We can offer you the most detailed exam from an expert who delivers high-quality care and does it all the time. We welcome all women here so that they can experience that difference.”

For more information about Women’s Health or to request an appointment, visit here. 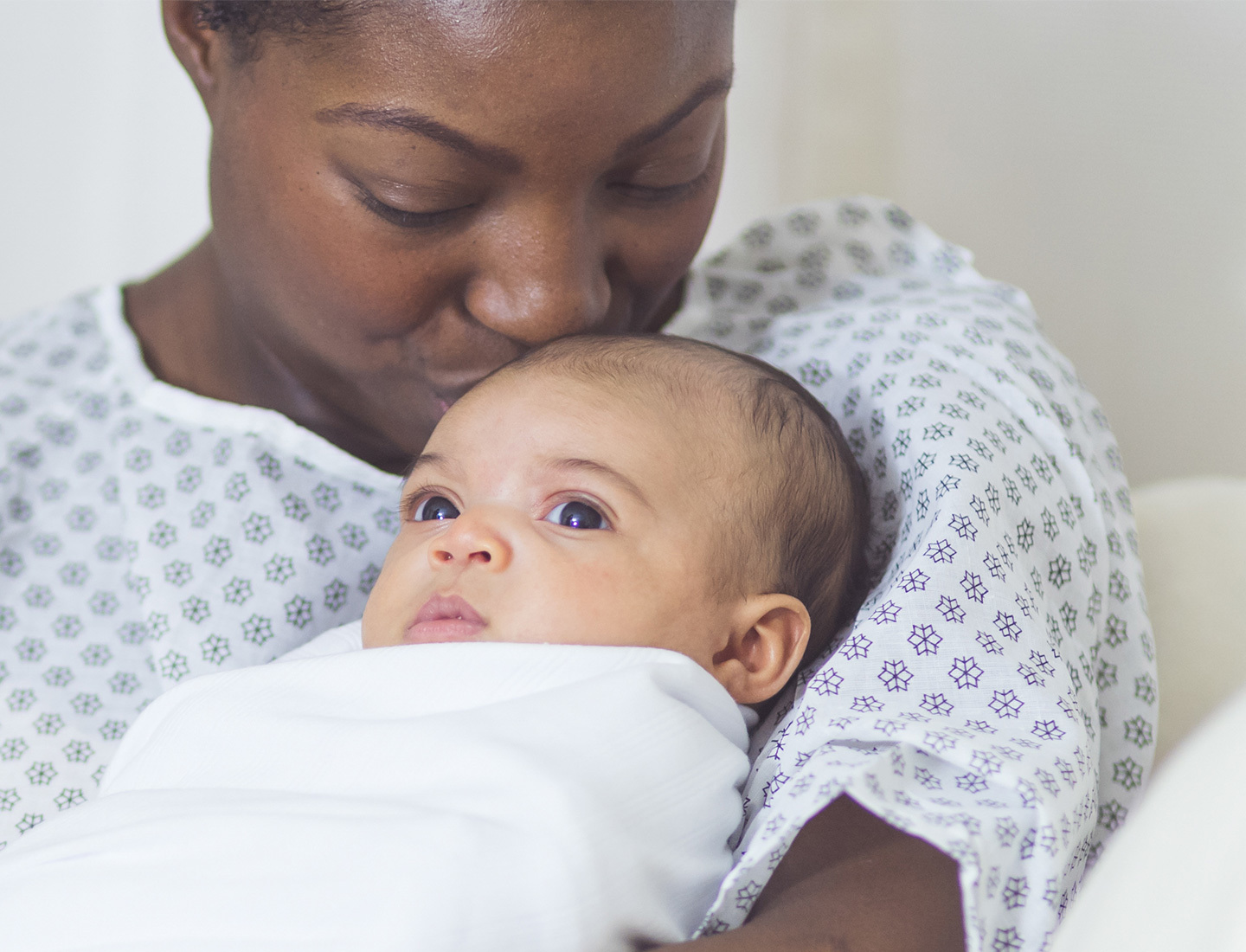 The Highest Level of Care for You and Your Baby 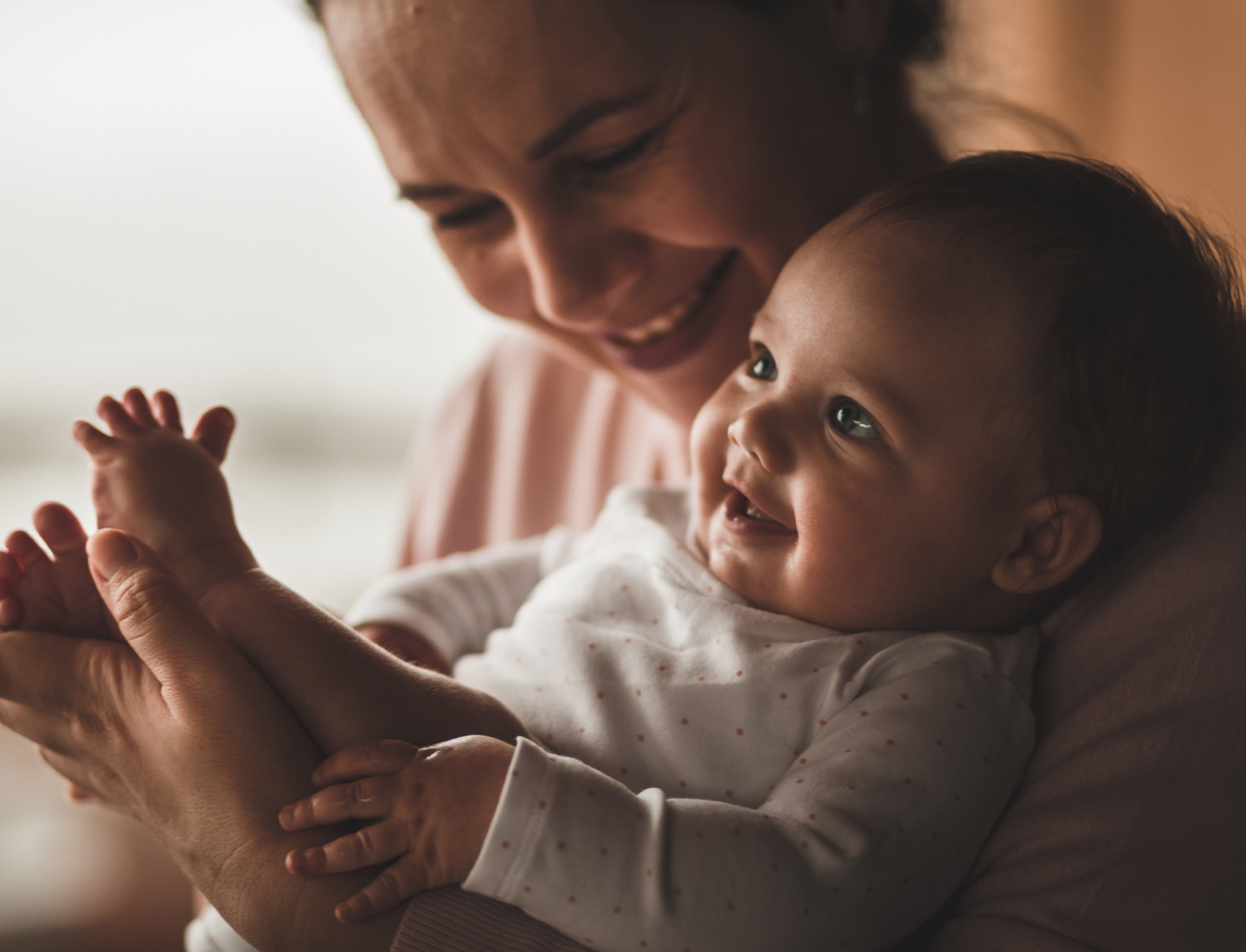 The First and Only Comprehensive Program in Central Texas to Provide Care for Babies With Congenital Conditions Before, During, and After Birth