Multiple Sclerosis (MS) is a chronic disease of the central nervous system affecting more than 2.8 million people globally. In MS, the body’s immune system has an abnormal response to the central nervous system and causes inflammation and damage to myelin, a fatty material that protects your nerves, which can result in communication problems between the brain and the rest of the body. People diagnosed with MS often experience a wide range of debilitating symptoms, including vision loss, fatigue, loss of motor function, cognitive dysfunction, ongoing tissue inflammation and pain, and more, depending on the amount of nerve damage that exists and which nerves are affected. While a range of available treatments may decrease the risk of MS worsening over time and can help MS patients manage their symptoms, there is currently no cure for the disease. However, promising new research may point toward a definitive cause of MS and the mechanism through which it attacks the body.

On January 13, 2022, researchers at Harvard University published a study in Science, providing the most substantial evidence that supports MS is triggered by infection with the Epstein-Barr virus (EBV). While it often does not result in noticeable symptoms, EBV is best known for causing infectious mononucleosis (mono) in some people and eventually infects approximately 95% of adults worldwide. When a person is infected with EBV, the virus remains in a latent state in the body’s cells and, in some cases, can reactivate. While the vast majority of people infected with EBV will never develop MS, EBV has long been strongly suspected as a causal factor in the development of this debilitating disease.

The Harvard study explored the medical histories of over 10 million people who served as active duty personnel in the U.S. Armed Forces between 1993 and 2013 to determine whether soldiers who developed MS (801 of them among the sample) had also been infected with EBV. Researchers found that service members infected with EBV were 32 times more likely to develop MS than those who were not infected.

Shortly after the publication of the Harvard study, on January 24, 2022, a study conducted by researchers at Stanford University was published in Nature. Findings from the Stanford study indicated that EBV not only has a role in triggering MS, but also does so specifically by prompting the body’s immune response to attack the body’s own nervous system.

We spoke with Ethan Meltzer, MD, a neurologist in UT Health Austin’s Multiple Sclerosis and Neuroimmunology Center within the Mulva Clinic for the Neurosciences to learn what the results of these studies may mean for MS patients and the future hope of a cure for MS.

Publication of the Harvard study led to a whirlwind of excitement among the MS community as the potential for new treatments, and possibly an eventual cure for the disease, seem closer than ever before. What was your initial reaction?
“I think it’s very exciting. Previous research and previous papers have also received similar results. This is just one of many studies, but is probably the one with the most convincing argument around this theory of how EBV is related to MS. It’s the capstone to decades of work.”

We know that the vast majority of adults carry EBV, but only a small percentage ever develop MS. What are some of the other factors suspected or shown to cause MS?
“A lot of it probably has to do with the timing of an EBV infection, certain environmental risk factors, and factors in a patient’s immune system as well as their genetics. It seems that individuals exposed to EBV in early childhood, for example, may actually have a very low risk of developing MS and that getting EBV after puberty seems to confer the higher risk. It is likely tied to the way our immune systems develop.”

“There are many genes that are implicated in risk for MS. Many of them have to do with how the immune system is programmed and how different cells within the immune system relate. These things come together to provide the right kindling for MS. Then, you need this trigger with an EBV infection to actually induce MS.”

The research recently published by Stanford suggests that the mechanism through which EBV triggers MS is based in a person’s immune system attacking their central nervous system. Can you explain how this works?
“Lymphocytes are a type of immune cell. They are implicated in MS and many other disorders. Lymphocytes that are harboring EBV can hang out in the body in perpetuity. The hypothesis is that there’s something EBV is doing in these lymphocytes that then triggers MS or keeps it ongoing.”

“The hypothesis suggests the immune system is being triggered or primed by these factors that look like normal proteins or other things that should be found in the brain, such as myelin, and now the immune system is reacting to those as if they’re foreign. Myelin is an insulator for neurons in the central nervous system. It seems it’s not necessarily the virus causing direct damage to the neurons or to the cells that make myelin. Rather, EBV is chronically infecting lymphocytes, causing these immune cells to behave badly by attacking myelin and other targets in the nervous system myelin cells, bringing about numerous problems with the patient’s nervous system as a whole.”

Learn more about lymphocytes and the role they play in fighting infection.

If EBV seems to be the trigger for MS, then it seems an effective vaccine for EBV might be the path to preventing MS entirely. Do you know how close we are to having such a vaccine?
“I think that’s why this research has gotten so much press and to a degree that previous work has not. It very robustly makes the argument that I think was harder to make before: EBV is necessary – not sufficient, but necessary – to trigger MS. If it’s true that, without EBV, someone cannot develop MS, then it is conceivable that if you could prevent EBV infection, or change the way we respond to EBV infection, the rates of MS would potentially disappear or be significantly decreased.”

“Work has been done on EBV vaccines for a while. An EBV vaccine actually has implications, not just for the MS world but also for other diseases and individuals. MS is not the only disease that is linked to EBV infection. Other disorders are linked to it, including other autoimmune diseases and certain cancers, such as Burkitt’s lymphoma. It’s been a very difficult vaccine to develop. There are efforts that have been going on for years, none of which have resulted in stopping or preventing someone from getting an EBV infection.”

“One thought to consider is whether a vaccine would prevent MS for someone who has already been infected with EBV. An EBV vaccine – which, again, is years down the road – would potentially prevent MS in a future generation or decrease their risk. But does it change the risk of the current generation who have MS or who are yet to develop MS but are potentially on that pathway?”

What advice would you give to MS patients about these exciting results?
“There are a lot of treatments available to patients right now that decrease the risk of disability and damage to the nervous system. These all target the immune system, typically the lymphocytes, in some way. Does this knowledge give us the opportunity to better tailor our treatments towards these specific immune cells? Yes. Does it make us think about utilizing other options, such as antiviral treatments, rather than approaches that end up suppressing the immune system? Yes. I think that’s the exciting thing for patients with MS right now. This hypothesis is generating a lot of interest and, potentially, drug development for much better treatment options within our lifetimes.”

“This is a paradigm shift for the way we think about MS treatment. We may be moving to an approach where we can provide treatment without suppressing somebody’s immune system completely, and exposing them to the risks that come with that, and, instead, very selectively target the problematic lymphocyte cells or some small compartment of the immune system. That, to me, is what’s most exciting. It really represents a different way of thinking about how we treat MS. And that seems within reach – the ability to better treat this disease.”

“I would be thrilled if, in the future, work like this led to MS becoming a historical footnote in a textbook. ‘It was a disease that was rampant. And it probably will still persist at low levels, but really is not a major cause of disability.’”

For more information about the Multiple Sclerosis and Neuroimmunology Center within the Mulva Clinic for the Neurosciences or to make an appointment, call 1-888-UT-CARES (1-888-882-2737) or visit here. 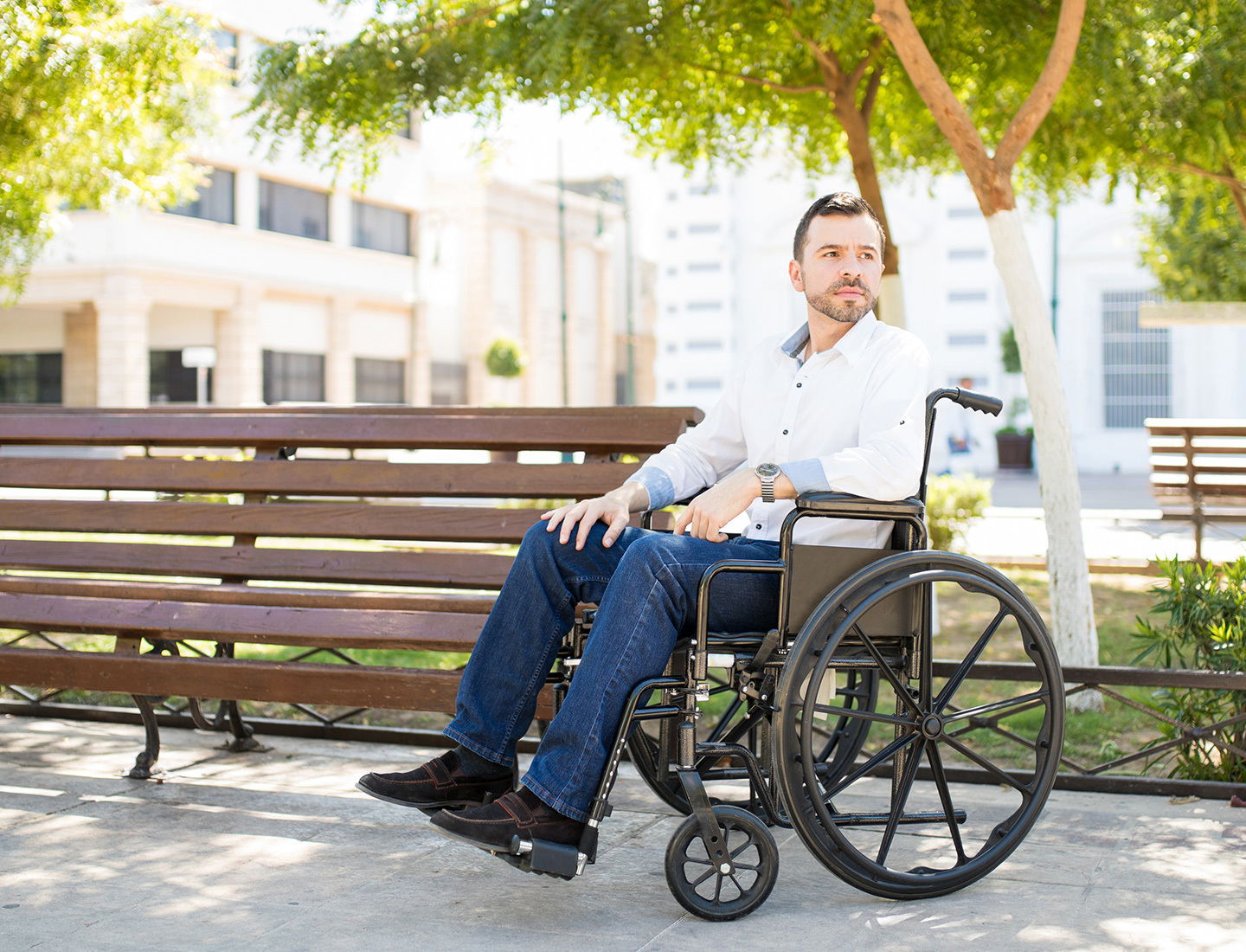 Education and awareness around MS and how UT Health Austin experts help patients manage symptoms to ensure the best quality of life. 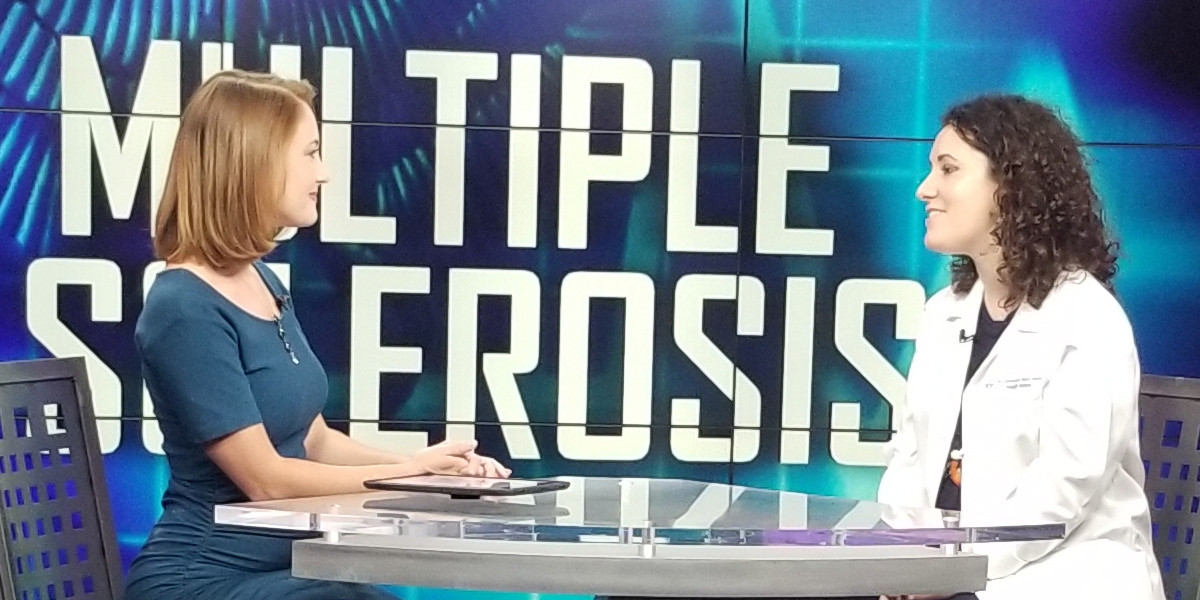