When, in the year 2000, clinicians and non-clinicians were asked to list the most important advances that had happened in medical science over the previous one hundred years, medical imaging consistently ranked right up near the top on nearly every survey. Nick Bryan, M.D, Ph.D., Director of Diagnostic Medicine, Imaging Services at UT Health Austin, and Chair of Diagnostic Medicine at the Dell Medical School is not surprised since, as he explains, the amazing impact of medical imaging on the practice of medicine happened for a very simple, very human reason. 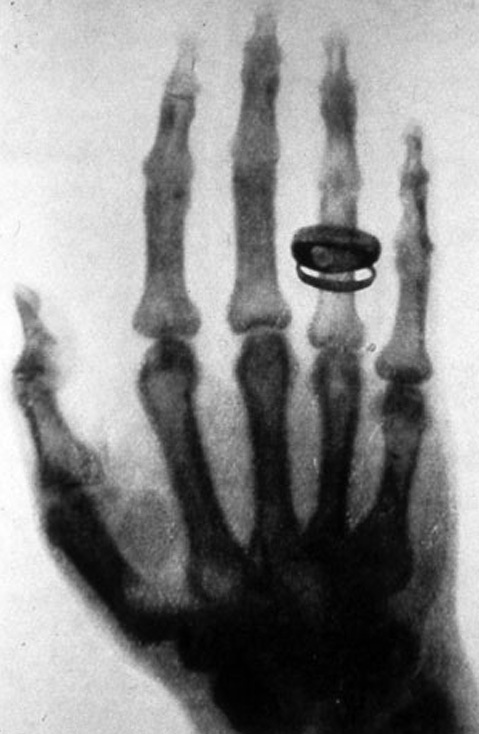 “Vision,” he says, “is extremely powerful. It is a primary source of sensory information in human beings, and it is so much a part of how most people understand the world around them that, while we might say that, ‘Seeing is believing,’ the converse is also true. Especially in medicine. Not seeing is often not believing. Humans are inclined to be skeptical if we cannot see something. So when Wilhelm Röntgen took the first X-Ray picture of his wife’s hand in 1895, he changed everything. Suddenly clinicians could see inside a living body, which throughout human history up until that point, was impossible without some kind of surgery. It was one of those moments after which the world was changed in an important and permanent way. Suddenly, what had been invisible was revealed, and there was just no going back.”

But, remarkably, given the profound impact of X-Rays on the way medicine was practiced, it was nearly 80 years before the field of medical imaging advanced past that original breakthrough.

“Up until 1974,” says Dr. Bryan, “which was when I was training as a neuro-radiologist, X-Rays remained the only imaging modality clinicians had available to them. That’s right. It was just X-Rays, all the way up to 1974. The technology was refined over time of course, and clinicians did very creative things with the technology they had, but all a doctor could see was bone. There were no images of soft tissue. No images of the brain, or the heart, no comparative studies of the impact chemotherapy was having on a tumor, or functional images to help determine the health of an organ. Surgeons, before 1974, practiced in a very different world than they do now.”

In 1974, CT, or Computed Tomography, also knows as CAT scans (Computed Axial Tomography) were introduced into clinical practice. The word tomography comes from the Greek word “tomos,” which means “slice” or “section.” CT scanners use X-Rays (the existing technology) and a computer (quite new at the time) to build detailed images of tissue, originally of the brain, but now of virtually any part of the body. In the time since the first CT was installed, MRI (Magnetic Resonance Imagining), PET (Positron Emission Tomography), ultrasound (high-frequency sound waves), and other systems have been combined with computer technologies to produce ever more detailed and useful visual representations of the human body’s structure, health and function.

And, Dr. Bryan, who has personally seen so much change in his own specialty field, believes the advances will just keep coming.

“The combination of digital data and computers is opening up entirely new fields of medicine,” he says. “Where we originally just saw bones, and then the anatomy and structure of tissue, our technology is now letting us see deep into the actual molecular structure of things like tumors. That is where advanced medical imaging is going in the very near future. Because we will see what cells are made of, we will understand how they will likely react to different medications. It is going to change the way we think about treatments like chemotherapy, which will be more targeted, and personalized. The future of advanced medical imaging is happening today. It’s hard to imagine a more exciting time. And I personally can’t wait to see what’s coming next.”

The latest in 3D mammography services are now available at UT Health Austin (please visit www.uthealthaustin.org, or call 1-833-UT-CARES to schedule an appointment); other Advanced Imaging systems (including MRI) will be available to support the care of patients and the diagnostic and treatment efforts of all area clinicians in August of this year.