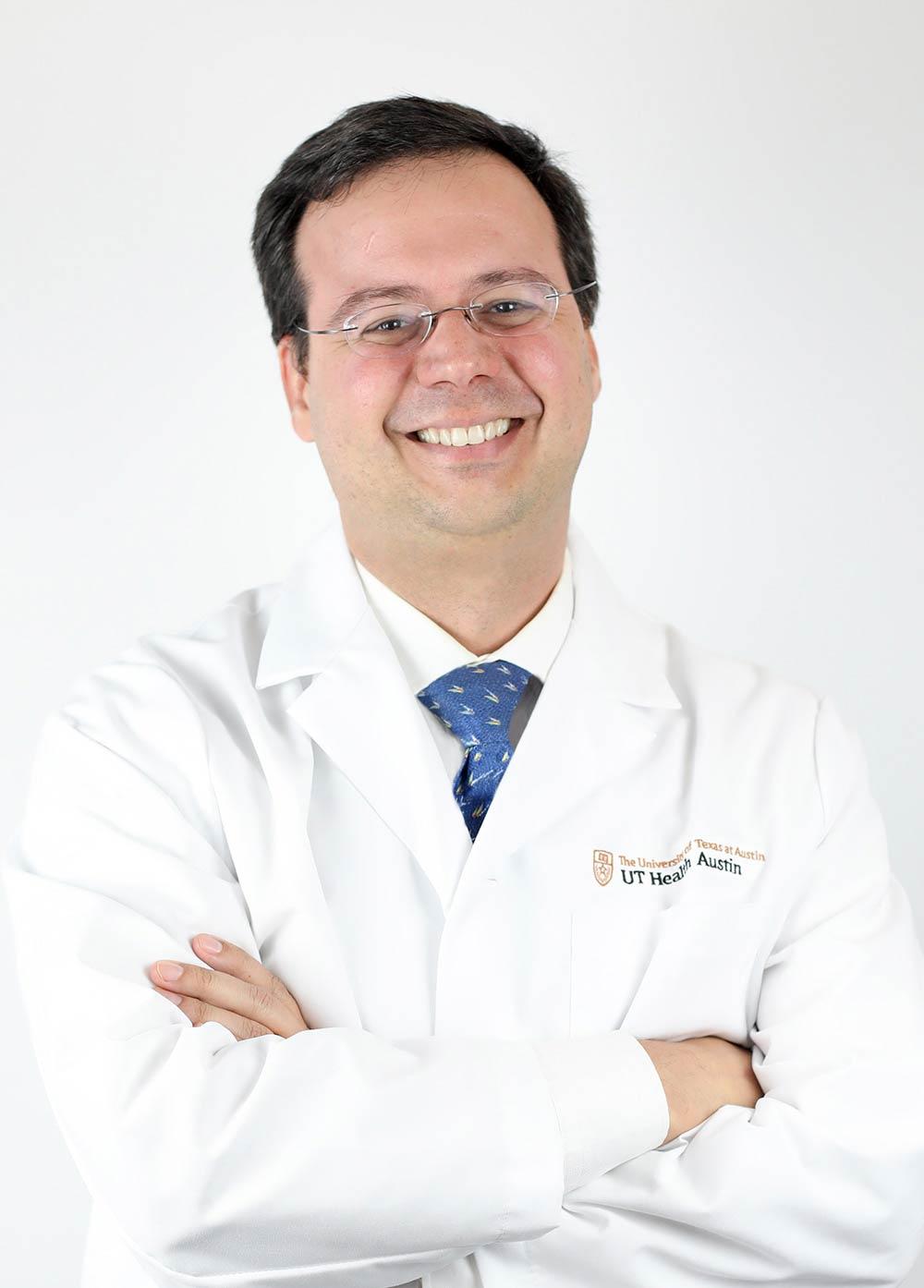 Dr. Almeida completed his medical degree, psychiatric training, and a PhD focusing on neuroimaging in Sao Paulo, Brazil. In 2005, he joined the Western Psychiatric Institute and Clinic (WPIC) at the University of Pittsburgh, where he initiated a productive neuroimaging research career, initially as a post doctoral researcher and subsequently as Assistant Professor of Psychiatry. In 2017, he completed a second psychiatric residency training, now at Brown University in order to start to translate his research into clinical practice. In 2017, Dr. Almeida joined the Department of Psychiatry at Dell Medical School at University of Texas at Austin.

At Dell Medical School, Dr. Almeida will continue his neuroimaging research. He will focus on the use of functional Magnetic Resonance Imaging (fMRI) to investigate biomarkers of mood disorders, especially bipolar disorder, using standard neuroimaging data analysis along with effective connectivity and pattern recognition analysis. He will also direct the Bipolar Disorder Center using the Integrated Practice Unit model: specialized, coordinated and competitive out patient-centered team care that is evidence-based and outcome driven to achieve higher healthcare value with the lowest cost. Dr. Almeida’s ultimate goal is to enhance quality of life for individuals suffering from bipolar disorder illness.