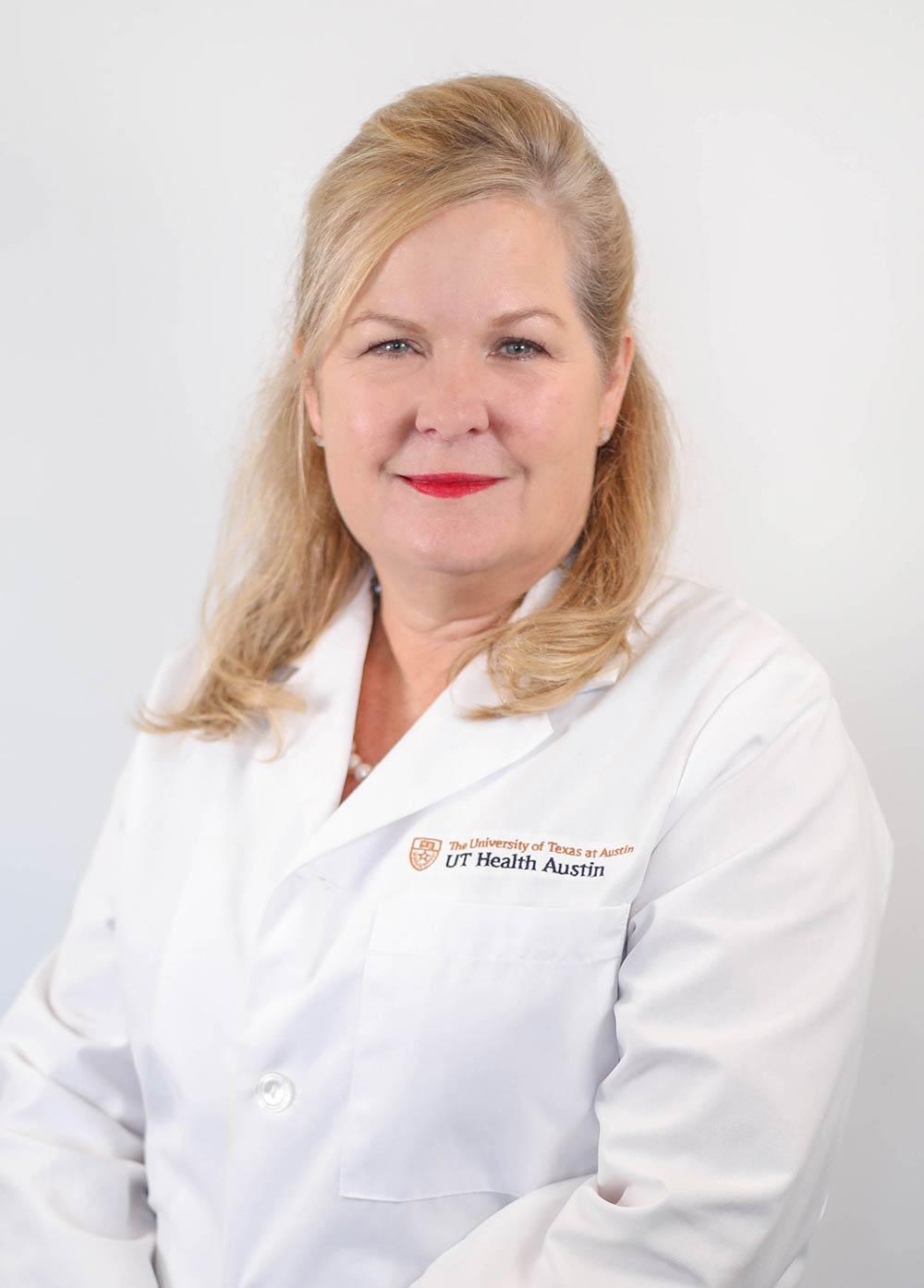 Amy Young, MD is a gynecologist in UT Health Austin’s Women’s Health Institute, in addition to seeing patients she serves as the Chief Clinic Officer for all of UT Health Austin. A native of Jackson, Mississippi, Young graduated with degrees in chemistry and biology from Vanderbilt University, then matriculated at the University of Mississippi School of Medicine in Jackson. After earning an M.D. degree and taking a year-long leave of absence to live in Venezuela, she completed an internship at Emory University and a residency in obstetrics and gynecology at Baylor College of Medicine. Young is fluent in Spanish.

She is the inaugural chair of the Department of Women’s Health and a professor of obstetrics and gynecology at the Dell Medical School. She was most recently the Abe Mickal Professor and Chair of the Department of Obstetrics and Gynecology at Louisiana State University Health Sciences Center in New Orleans. At LSU, she also served as the center director of surgical services of the Interim LSU Public Hospital, vice president of the LSU Healthcare Network Board of Directors, and chair of the LSU HCN Clinical Practice Leadership Group. She is the recipient of the 2013 Leadership Award at the Interim LSU Public Hospital.

Prior to LSU, Dr. Young served at Baylor College of Medicine in Houston as the vice chairman of the Department Obstetrics and Gynecology after founding and directing the Division of General Obstetrics and Gynecology and Medical Education. She also served as the department’s program director and director of medical education, and she was awarded the Henry and Emma Meyer Chair in medical education. Institutionally, she served as the vice chair of the Graduate Medical Education Committee; was appointed by Baylor to serve as service chief for obstetrics and gynecology at the Harris County Hospital District’s Ben Taub Hospital, a Baylor-affiliated hospital; and was the director of operations for Affiliated Medical Services-Baylor, a 400-employee entity providing physicians to the Harris County Hospital District.

A nationally known educator, Dr. Young is the immediate past president of the Association of Professors of Gynecology and Obstetrics. She has served Texas as vice chair and chair of District XI of the American College of Obstetricians and Gynecologists. In addition to educational research, Young has a wide range of clinical research experiences.

Dr. Young and her husband have three children. In her spare time, she enjoys cooking, with a specialty in Southern food and desserts.