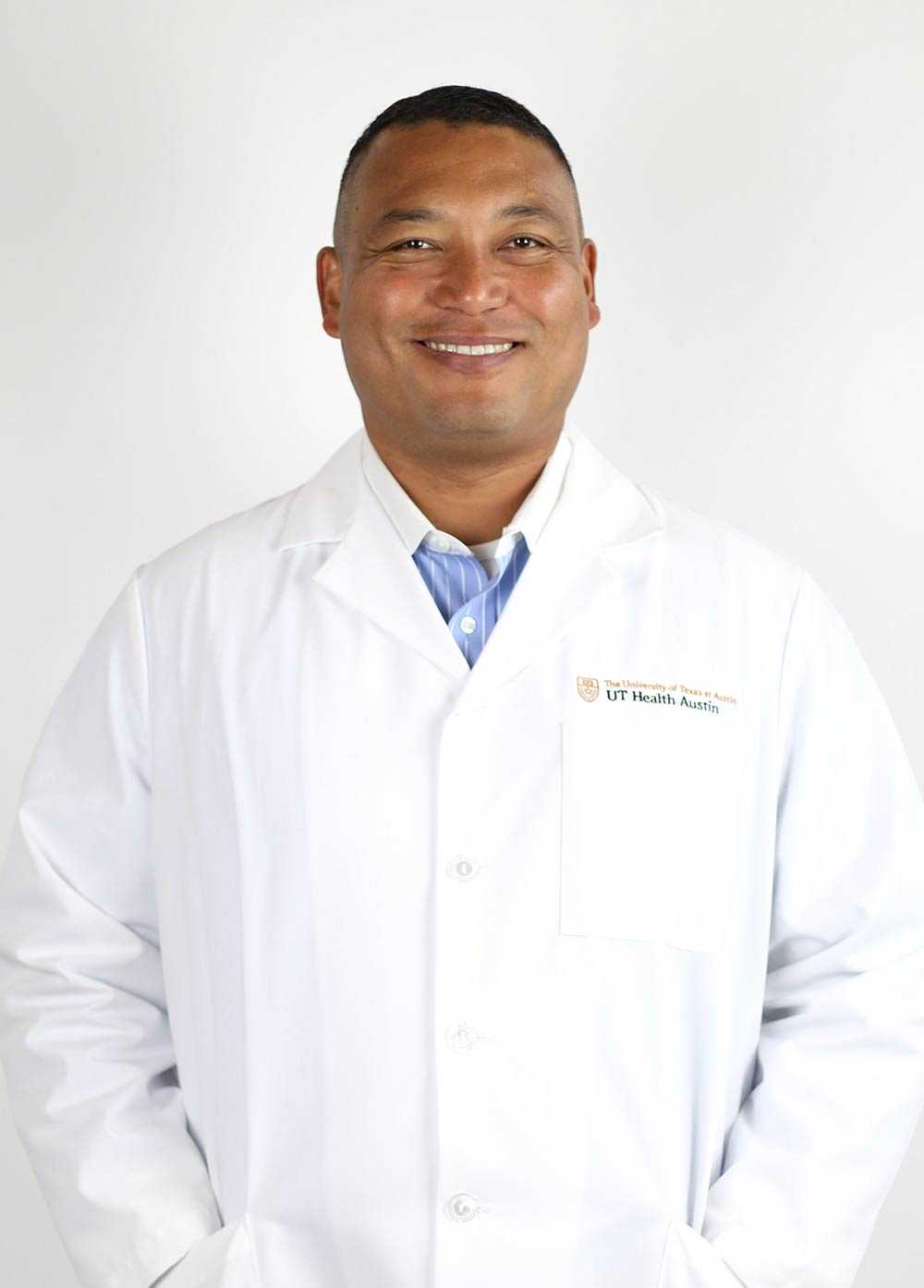 Anthony Johnson, MD is the Orthopedic Sports Medicine Clinical Director at UT Health Austin’s Musculoskeletal Institute. Dr. Johnson was born in Korea and raised in Texas. He graduated from the United States Military Academy in 1994 and the UCLA School of Medicine in 1998 as a member of Alpha Omega Alpha Honor Medical Society. He served as the Engineer Brigade Surgeon, 2nd Infantry Division prior to graduating with honors from the Orthopedic Surgery Residency at Brooke Army Medical Center in 2004. He became an American Board of Orthopedic Surgery Diplomate in 2006 and obtained his Subspecialty Certification in Orthopedic Sports Medicine in 2008.

In addition to seeing patients in the Musculoskeletal Institute, he oversees the Special Population and Adaptive Sports Medicine Education & Community Outreach program. Additionally, he is the Orthopedic Surgery Residency Program Director for Dell Medical School at The University of Texas at Austin. His prior position was the Chair of the Department of Orthopedic Surgery at San Antonio Military Medical Center as well as the Custodian of the DoD Joint Trauma System’s Military Orthopedic Trauma Registry (MOTR). He has deployed in support of Operations Enduring Freedom (2006), Iraqi Freedom (2007), and New Dawn (2010) as a member of the Joint Special Operations Command (JSOC) and served as the Orthopedic SME for the Expeditionary Resuscitative Surgical Teams – Africa and the Advanced Virtual Support to Special Operations program. He has provided care through the entire evacuation chain from tactical care under fire to definitive rehabilitation and community reintegration.

A Past-President of the Society of Military Orthopedic Surgeons (SOMOS) and the US Armed Forces Sports Medical Advisory Board, he has served as the Team Physician and Director of Medical Operations for 15 international competitions to include the Para-Pan American, Paralympic, and Military World Games. His current committee leadership appointments include SOMOS Liaison to the American College of Surgeons Committee on Trauma (ACS-COT) Disaster & EMT Committee as well as Chairman of the International Scientific Congress on Disaster Response and Management. He is additionally a member of the AAOS Extremity War Injuries & Disaster Preparedness Project Team, AAOS Diversity Advisory Board, AAOS Council on Research & Quality, Major Extremity Trauma and Rehabilitation Consortium (METRC) Steering Committee, and AAOS Liaison to the PQRS Performance Measures Workgroup on Osteoarthritis Function & Pain Assessment.

His scholarly activities include 56 peer-reviewed publications, 3 Clinical Practice Guidelines, 16 Moderator/Panelist roles, 75 podium presentations and over $22.3M in extra-mural grant funding for his work on Post-Traumatic Osteoarthritis and Health Outcomes Disparities in casualties with an emphasis on the reintegration of elite disabled tactical athletes, especially female amputees. A Fellow of the American Orthopedic Association, American College of Surgeons & the Order of Military Medical Merit, he is also the recipient of the “A” Proficiency Designator by the Army Surgeon General, the Presidential Volunteer Service Award, the AAOS Senior Achievement Award, and the San Antonio Uniformed Services Health Education Consortium’s Golden Headed Cane Award for demonstrated excellence in patient care, teaching, and clinical research. His combat awards include the Combat Medical Badge, 2 Bronze Star Medals, the Defense Meritorious Service Medal, and 3 Meritorious Service Medals.